River of Life Mission (ROLM) was established in 1987 to help the homeless and near-houseless.    Those who come for services include those who are homeless, unemployed, near homeless, veterans, domestic violence survivors, elderly and uneducated.  We serve all ethnic backgrounds, national origins, religions, sexual orientations, social economic groups and ages at no charge without discrimination.

Beginning as an emergency meal center, services were expanded in 1999 to provide showers, clothing, counseling, and referrals.  Services were further enhanced through the implementation of biweekly food box distributions to local impoverished families and the elderly.  A residential program was added in 2014 to assist men and women ready to take next steps to reintegrate as self-sustaining.  Job skill training programs were added in 2016.

5,000 shaves, showers and haircuts provided to the guests

33,000 items distributed from our clothing department 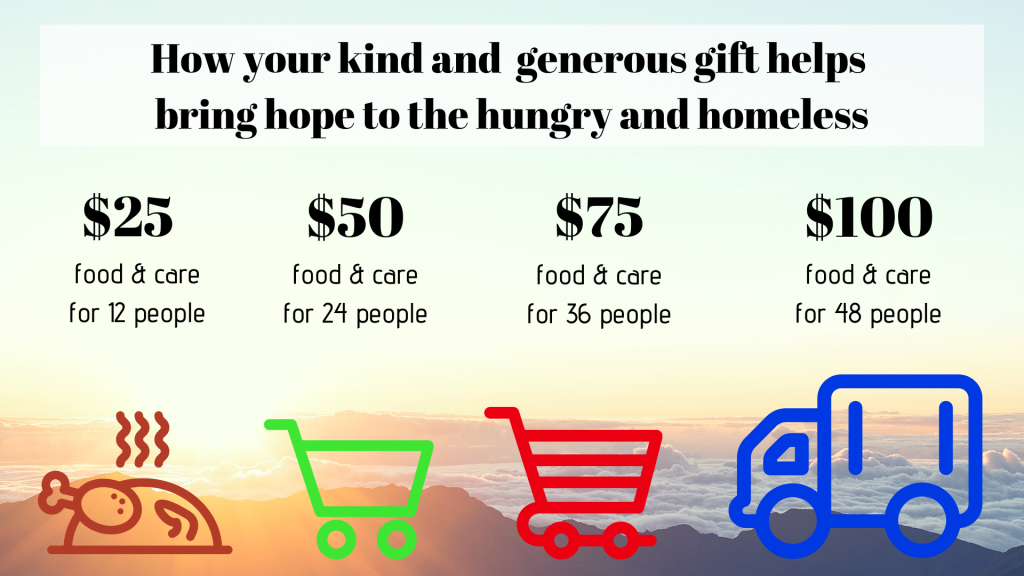 “Citygate Network exists to provide the envisioning, education, training, resources, guidance, representation, and nexus for missions and kindred ministries that are striving to move people in destitute conditions or desperate situations from human suffering to human flourishing through the process of gospel-powered life transformation.”

Come Visit Us For a Tour
Updates 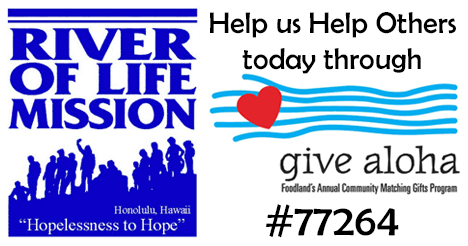 We are incredibly blessed with an opportunity to be part of the Foodland Give Aloha Event.

Will you help support the Mission?

Over the course of September, donations up to $249 per person can be made at Foodland registers with a portion of your generous donation being matched by Foodland & Western Union!  Simply show the cashier the photo above or provide them #77264.  Mahalo!