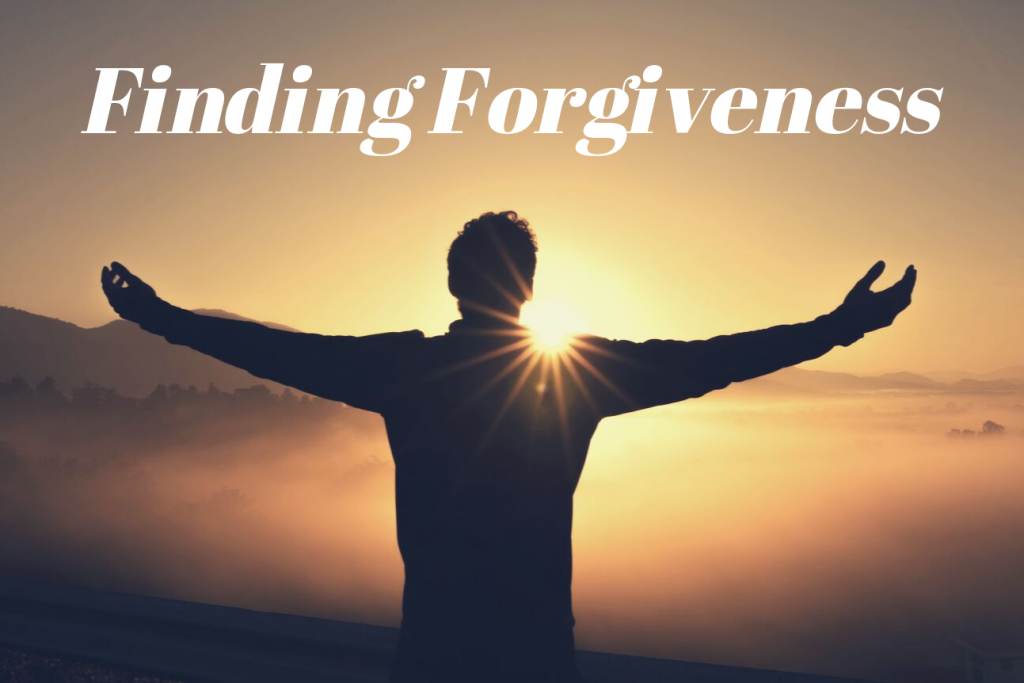 Have you ever said “I may not be perfect, but at least I’m not as bad as so and so?”   I think we have all felt that way at some point in time.  Now how would you describe yourself when Christ shows up?  How does our conduct and character line up to the character of Christ?

A playwright once wrote concerning Christ, “He has a daily beauty in his life that makes me ugly.”  The great saint of the early church, Augustine, wrote the following, “There sang all around me in my ears, a cauldron of unholy loves.  One day Jesus crossed my path and I was humbled to the dust.  He took me from behind my back where I had put myself and all the time that I preferred not to see myself.  He set me before my face that I might see how vile I was, I saw myself and I was horrified.”  When we look at ourselves in the light of Christ, I think we all could say that forgiveness is necessary.

I think that we labor under the mistaken assumption that we had no part in the death of Christ.  However, the things that crucified Christ that day were self centeredness, pride, apathy, cynicism, slackness, unkindness and all the opportunities we have wasted.  These were the nails and the thrust spear that did him in on the cross.  Can anyone deny that sin is the most critical enemy, the most dangerous thing in the world and that each one of us personally needs to be forgiven?  I believe we can say absolutely that forgiveness is necessary.

This leads naturally to a second question.  Is forgiveness possible?  After all don’t we live in a world of cause and effect?  Don’t we say things like, “Whatever a man sows, so shall he reap”  “He made his bed, now he must lay in it.”  It seems logical that every evil deed that is tossed into the pond of life is like a stone that is thrown into a pond and ripples spread out in unchecked widening circles until they reach the distant shore.  Doesn’t evil propagate itself?  Before we know what happened, things seem to be spiraling out of control.  After all, isn’t the past the past, out of our control?

Where then can forgiveness come from?  How can forgiveness break into such a dismal situation?  Is there a chance, is it possible?  Many of us look at our lives and are haunted by past decision or choices.  We wonder if we truly can be forgiven and can God really use someone like me.  The Russian writer, Dostoevsky, said “There is no road back to where you started from.”  How then can our past be redeemed?  How can we be made acceptable to a holy God?  How can we be used by Him?

I think it is important at this time to point out that forgiveness does not mean “letting off.”  Pardon does not mean escaping all of the consequences or the penalties of our sins.  The prodigal son was forgiven.  But that does not mean that he may have had some months of slow and difficult readjustments.  However, the key is that the penalty will feel very different to a forgiven individual than to the one who has not been forgiven.  The forgiven man will see in the things that he has to suffer a creative purpose, a way of cooperating with God.  When we are forgiven, judgment is transformed from wrath to mercy.  If the prodigal son had to face the consequences of his actions, at least he was home.  The important thing to remember is that his relationship with his father had been restored.  That is forgiveness.  It is not the remission of a penalty, but the restoration of relationships.

The people that come to River of Life Mission are in prisons of their own making.  What we are trying to do is share with them the necessity and the possibility of forgiveness.  Many of us have found ourselves in a pig pen like the prodigal son.  The beginning of the way out is to do as the prodigal son.  He came to himself.  Once an individual comes to himself, we are there to welcome him back home and help him understand that our Heavenly Father has forgiven and is ready to redeem the past and transform the present.  I, for one am grateful for the love and forgiveness of the Father.

Someone has said, “The highest manifestation of the freedom of God takes place where He sets the sinner free, when He, the King gives to the rebel soul the life which has been forfeited.  He proves Himself as Lord, who stands above the Law which He himself has laid down.  Therefore, the revelation of God as Lord is not fully completed in the prophetic revelation, it is fulfilled where God as the generous giver, in His own Person intervenes in the distorted relation of man with Him, where He, who has royal claims, in royal sovereignty takes the part of the accused, and sets him free from the guilt which separates him, the sinner, from the Creator.”

May you and your family be blessed.